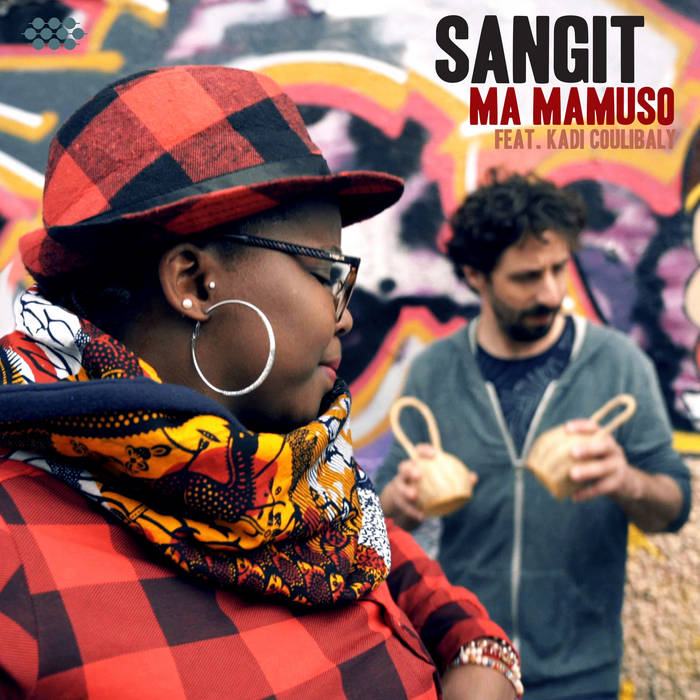 Israeli musician and producer Sangit finds inspiration for his funky grooves in the sounds of the world.

Sangit is a producer, percussionist and songwriter from Israel whose passion for the sounds of the globe have led him to collaborate with a range of artists of different backgrounds and cultures. His first full-length album, "Librar," will be released on November 15, 2019 as part of the Cumbancha Discovery series, which seeks to introduce exceptional new talent to international audiences.

Blending the influences of African and Afro-Cuban roots music with jazz and funk, the desert yearning of Moroccan Gnawa trance music, mystical Ethiopian scales and Caribbean flavors, Sangit creates a unique and eclectic sound with "Librar." Sangit describes his album as “a reflection of my creative momentum. I am passionate and fanatical about my music,” he says, “and this album represents my spiritual journey, my evolution.”

Joined on the album by musicians from Mali, Burkina Faso, Ethiopia, Morocco, Iran and Congo, as well as Israeli musicians representing a diverse array of cultural influences, Sangit continues his mission to collaborate with people from various backgrounds in projects that move him and his international audiences. "Librar" features 9 different languages and 11 different singers from around the globe to create a soulful blend. The live band consists of 9 musicians and is setting the groundwork for their first international concerts in 2020.

The funky single “Ma Mamuso (My Grandmother)” features Kadi Coulibaly from Burkina Faso singing a message of comfort and hope. A true international collaboration, Sangit and Noa flew to Milan, Italy to meet the singer and record the song, a project which Sangit says has “proven to me once again that music is an international language.” Originally written in English, then translated into French, the lyrics are sung in Bambara, Kadi’s mother tongue. Living as an immigrant in a large European city, Coulibaly faces her struggles with words of wisdom from home: "Ma mamuso tolo kada nye (My grandmother told me it's going to be ok).” Flutist Shlomi Alon is also featured prominently on the song. The music video for the song was filmed in Milan and continues the theme of seeking beauty, inspiration and creative expression even when faced with personal challenges.

Sangit’s album "Librar" serves as an impressive introduction to this uniquely skilled musician, producer and composer. With his gift for collaboration, respect for great musical traditions and innovative production techniques, Sangit has created an inspiring collection of songs that mark the arrival of an extraordinary new talent on the global music scene.

Sangit is a producer, percussionist and songwriter from Israel whose passion for the sounds of the globe have led him to collaborate with artists from many different backgrounds and cultures.

Bandcamp Daily  your guide to the world of Bandcamp